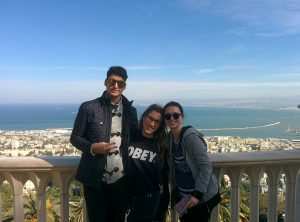 After we dedicated an entire week to make sure everyone understands basic apartment maintenance, from cleaning to living together, we dedicated this week to something way more fun: Cooking! It is important to us that students have at least basic cooking skills by the time they finish our program. Why? because it is an important life skill for gaining independence…Plus it’s cheaper than buying food outside!

On Sunday evening as every week, the madrichim met with students inside their apartments for the Apartment Meeting. This time after mingling a bit, going through the weekly schedule and updates, they all started a cooking session. The goal of this session was to help the students learn how to make quick, easy and healthy food for their daily routine.

After cooking, they enjoyed the fruit of their labors and ate dinner together! Elad’s students made couscous, soup for the couscous, garlic bread, and eggplant with tahini. Naama’s students made an easy standard Israeli dinner – Omelettes, salad, potatoes and sweet potatoes and the traditional garlic bread. (in their picture, for some reason there is also ketchup on their table… I’m not sure why).

During the first week of the program, one of the students approached me to help him organize an evening activity. The staff and myself were happy oblige and dived straight into the challenge. The student’s name is Josh Carr. Josh invited a lone soldier (an army phrase for a soldier who lives by themself – and in this case who also made Aliya) that finished his service to talk with the group about his experience. Josh wanted to make sure it woud be a special presentation so he produced a “Talk Show”. In the moadon (Our big hall room) Josh organized a little studio with a desk and a chair for himself and a sofa and drinks for his guest. Josh hosted the show and asked questions and presented pictures of different stations in the life of the former soldier with our projector. It was one of a kind! Amazing work, Josh.

On Tuesday, the group went to Haifa but not before stopping at the Atlit Refugee camp along the way. The camp is where in the days of the British Mandate, Jewish refugees (the right term would be “Ma’apilim”) were held when they got caught by the British when trying to enter the region by sea. The tour guide, among other things, told the group the story of how the refugees were released by a Palmach Force in 1945 in an action led by Yitzhak Rabin and the great story of solidarity of the local Jewish people around along the way. (If this doesn’t ring a bell, you have to read about it!).

The second stop was the Bahai Gardens in Haifa. It is a beautiful structure with magnificent gardens and interesting architecture. Standing in this unique location overlooking the city of Haifa and the Mediterranean Sea makes it all the more interesting to learn from the tour guide about the Bahai Garden’s secret religion that was formed in Iran but is based in Akko. Participants learned that Akko is not only a place to get good hummus but also the burial place for Bahá’u’lláh, the prophet who is considered to be the founder of the Bahai Religion. I, unfortunately, couldn’t join the tour, but I heard that the students were surprised to learn that the act of cleaning and maintaining these Baha’i Gardens is considered to be holy! With newfound awe and wonder from the fact that cleaning can be spiritual, they headed back to Tel Aviv, hopefully to clean.their apartments.

This week at Parsha and Pizza the group learned about the Torah portion Vaeira. The weekly reading focuses on the first 7 of the 10 plagues and Rabbi Marc spoke about the role of miracles and their place in religion. The group was asked whether scientific proof of miracles enhances or detracts from faith and this led to a deep (and sometimes rowdy) conversation about the role of intellect, rationalism and spirituality in our lives. The group also spent time thinking about free will and choice by learning how God hardened Pharaoh’s heart and did not allow him to repent and change. Maimonides, arguably Judaism’s greatest philosopher, wrote that Pharoah initially was so stubborn and determined to ignore God and harm the Jewish people that he brought his own ruin open himself.

On Wednesday, we held our annual Aardvark Master Chef competition. The competition started with the participants choosing their ingredients from a variety of groceries purchased by the madrichim. The students went head to head when selecting their ingredients. In order to avoid a situation where apartments would be fighting over a scoop of sweet chili, the madrichim developed a new system to hand out the groceries. Each group was presented with a trivia question that was based on our previous tours and activities.

If the apartment answered correctly – they got the ingredient. Is preventing food from the hungry, parched mouths of our participants a moral way to get them to learn more about the country? Probably not, but it sure worked like a charm! Anyways, the participants got really into it and some amazing dishes were created that evening! Since the madrichim wimped out, they did not declare a winner yet, but I can mention proudly Tess Bernstain who was responsible for the delicious creamed potato and onion!

This week Selah had its first Lunch and Learn at the delicious Tarragon restaurant. Rabbi Marc and Chaya joined from Jerusalem and the group read a short story by Shalom Auslander about belief and faith. On Tuesday Rabbi Eli Naiditch gave an Introduction to Hassidic thought class at our evening Bet Midrash. On Thursday Selah traveled by train to the city of Lod where they had a tour of an organization called Tzohar – a group of influential Rabbis who try to tackle some of Israel’s biggest questions concerning the role of religion in the state. The group had a frank conversation with Tzohar CEO Rabbi Moshe Beeri about civil and religious weddings, conversion, corruption, secular-religious divisions and more.
This Shabbat also sees Selah have its first Shabbaton of the semester. We are excited to be praying and eating at one of Tel Aviv’s most vibrant and dynamic Shuls for Young Professionals as well as being hosted by InspiredTLV for lunch.

DR. Harold Goldmeier our middle eastern politics and business teacher wrote a short summary of his classes this week:

“I introduced myself to the students on Monday the opening day of classes. I also reviewed with them my goals and expectations. For instance, in Intro to Business Management, we spoke about learning the language of business, e.g., profit and loss, mortgage vs loan, and the management concepts to which I want them to be familiar by the close of the semester. Same is true in Middle East Politics and Service Learning. MEP are not just about Israel-Palestine, but a whole range of issues; they need to know where the MidEast is geographically and tribal and religious differences that devolve into internecine warfare. Why does the rest of the world care so much about the Middle East? I suggest parents stay engaged encouraging their kids to take full advantage of the opportunities to audit classes Aardvark offers or for college credits if it will help them later on. “

That will be all for now,
and until next time, 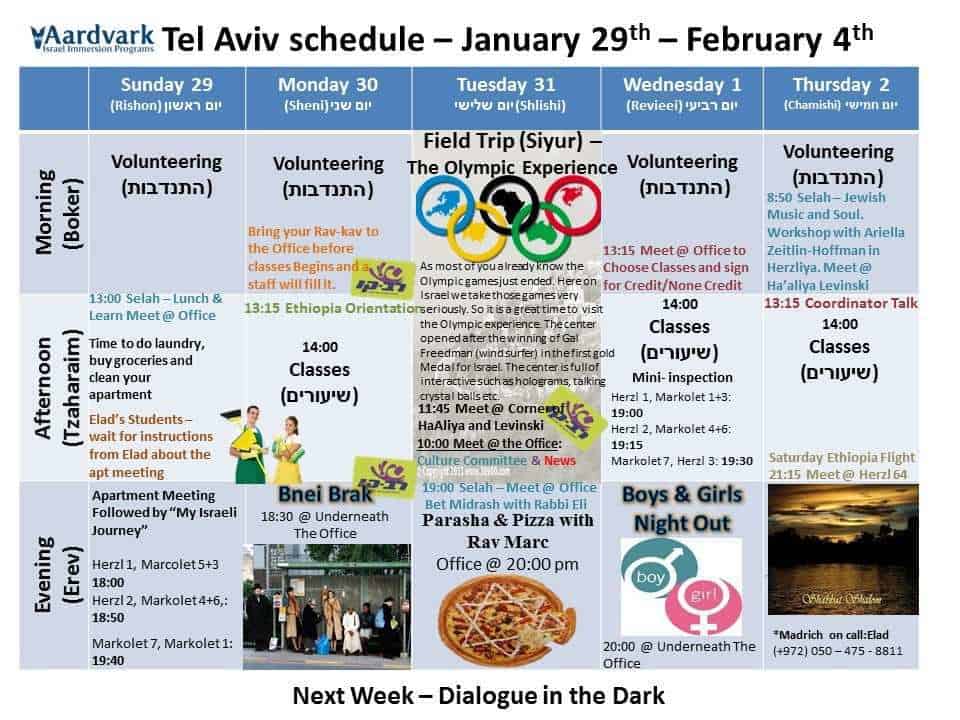 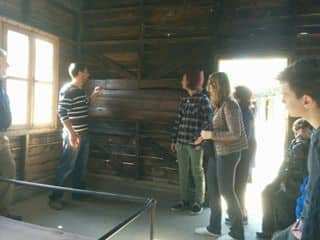 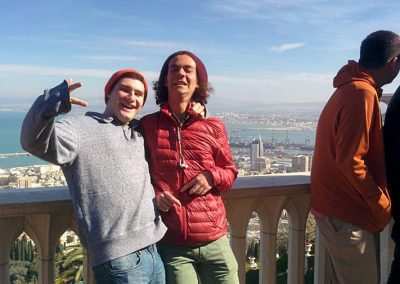 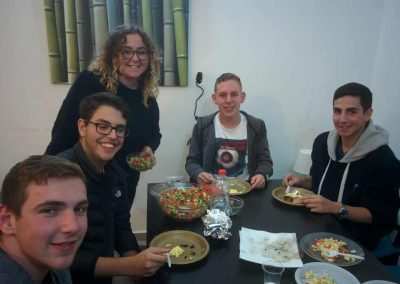 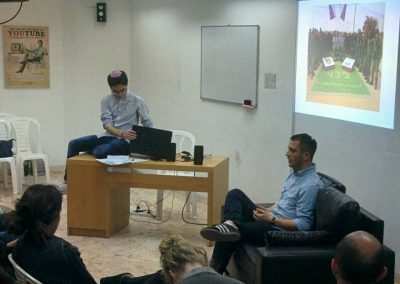 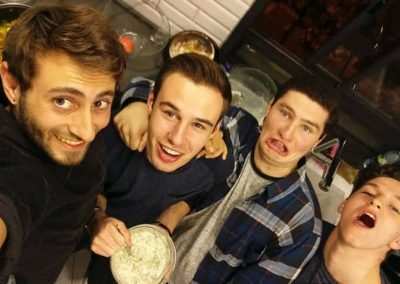 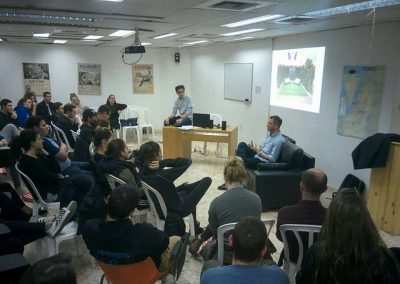 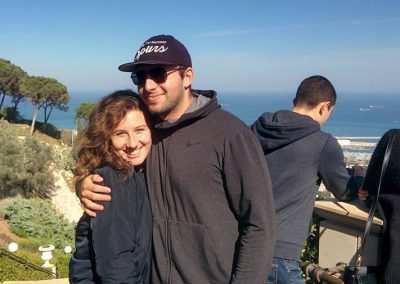 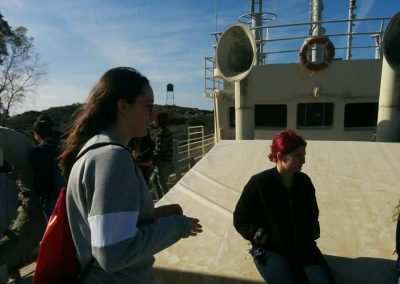 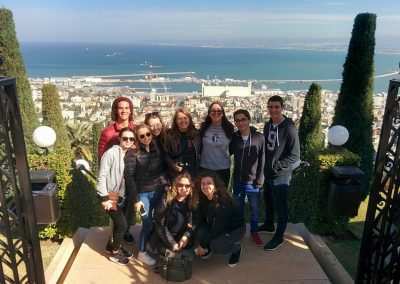 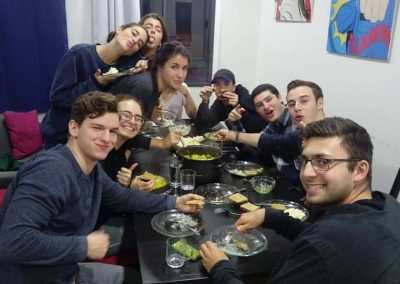 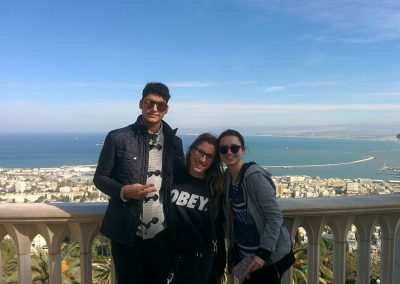 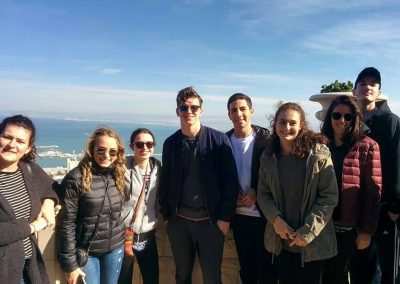 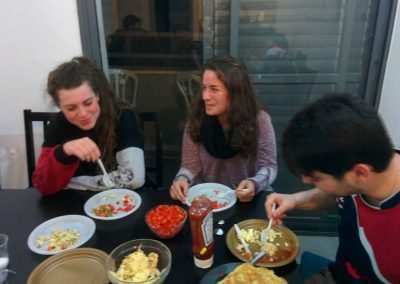 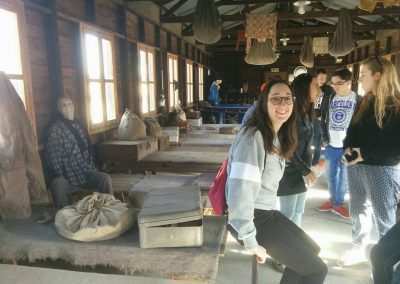