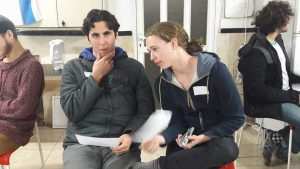 Here are some of our memories from the past week.

On Sunday afternoon our coordinator Natali taught us how to Zumba, a type of Spanish dance that helps to release pent up energy. Abi Brenner said it was nice to finally work out a bit and in a fun way as well. Our lovely madrichim bought us some choco (chocolate milk) for our apartment meeting as well as some Tim Tam and in this week’s activity we were each asked for one sentence to describe our experience in Jerusalem so far. One of the apartments wrote ‘chicken’ on their board because they always cook in their apartment and their favourite dish is chicken.

On Monday afternoon we learnt how to make sushi and it was lovely to discover that a dish that you normally order out and which is often very expensive, can easily be made at home with friends and family.

On Tuesday we toured Abu Ghosh, a peaceful Arab village just outside Jerusalem.
For lunch we ate in a local hummus restaurant where we enjoyed a delicious ethnic lunch. Tourists and Israelis alike come from all over Israel to Abu Gosh to enjoy the fresh hummus. After a delicious lunch we visited a brand new Mosque that was opened just one year ago. The students were pleasantly surprised at how beautiful it was. We spoke to a representative from the mosque and he answered some of our questions. After the mosque we visited a Monastery where we met with the very special Brother Olivier. Due to his work educating soldiers about Christianity Brother Olivier is somewhat of a celebrity in Israel. Brother Olivier moved to Israel from France in 1977 after watching Paul Newman in the movie Exodus and he has not looked back since. His English is very good although his Hebrew is much better. Brother Olivier had the students mesmerized. We later sat in a beautiful garden in a Benedictine monastery as the muezzin in the local mosque begin afternoon prayers.

On Tuesday night we participated in an activity about patience and understanding opposing opinions. We met with Ariyeh and his organisation ‘Activists in Jerusalem’. Their purpose is to create a safe space for everyone in Jerusalem and to create an environment of tolerance between Muslims, Jews, Christians, seculars and so on, pretty much everyone who lives in the city. We had a session in which we learnt how to talk to the other side. We started the session by describing a person that we dislike. Then, with the help of another person, we discussed how to interact with people we dislike and how to find common ground with them. In the end, we understood that sometimes the person on the other side is not so different from us and with patience and love we can break down boundaries. In Hebrew class this week Leah learnt the numbers in Hebrew with the help of a bingo game that her teacher created. Leah described it as fun yet educational.

This week is the Torah portion of Bo. Rabbi Marc taught the group about the plague of darkness and why it was that the Jewish slaves (who were not struck by the plague) did not take revenge against the Egyptians. The group focused on the eating of the Paschal lamb during the exodus and the origin of the Mezuza. It was interesting to note that Jews were instructed to eat the lamb quickly. Was this because they were scared the Egyptians might chase them or were they simply excited to start their journey towards Israel, freedom and God? The session finished with the group learning about the ‘Mixed Multitude’ (ערב רב) who joined the Jewish people leaving Egypt. 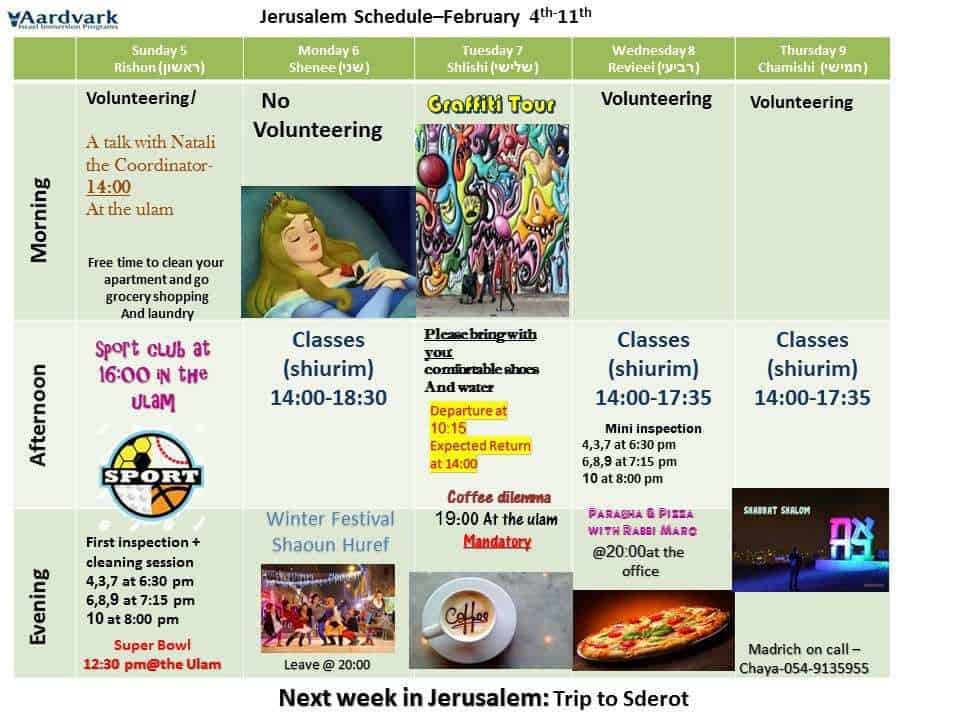 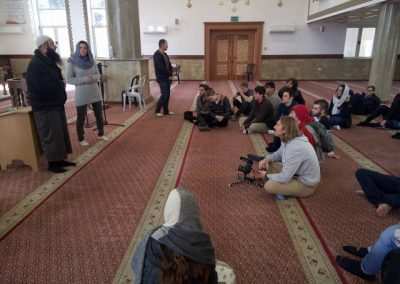 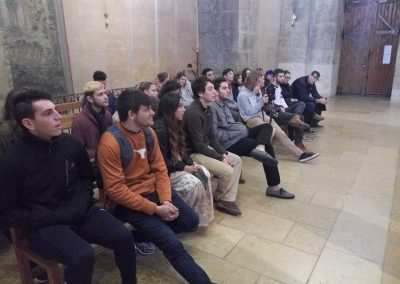 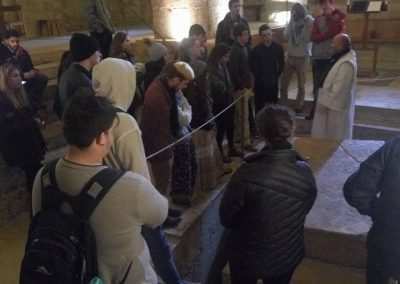 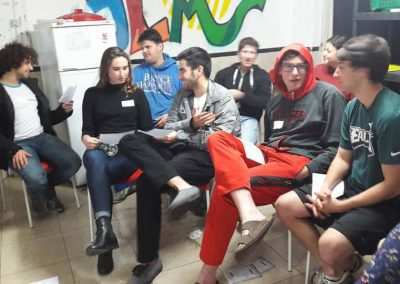 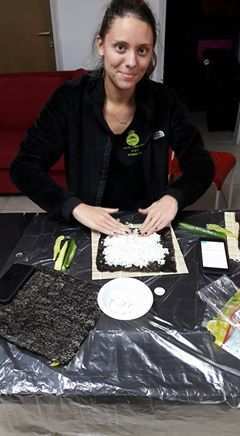 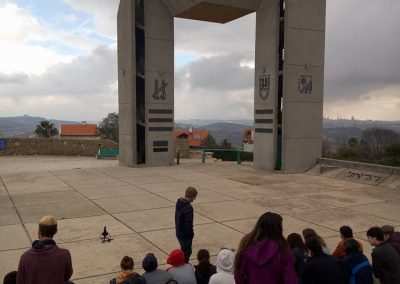 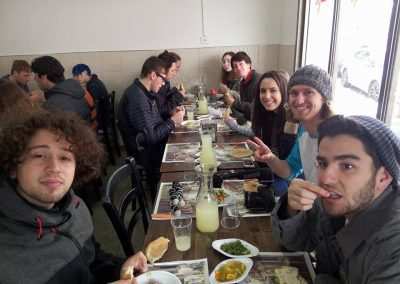 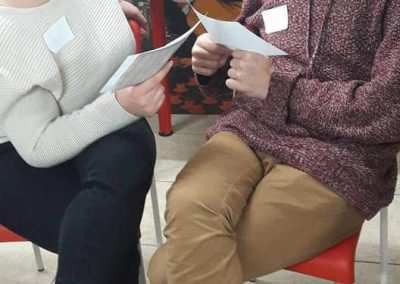 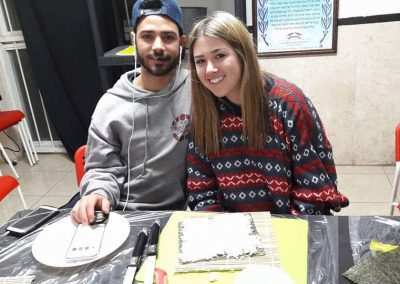 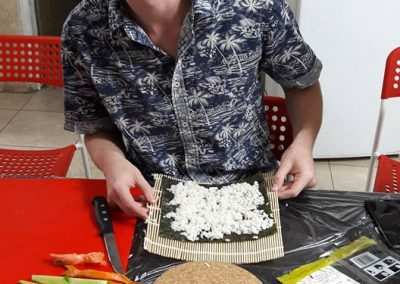 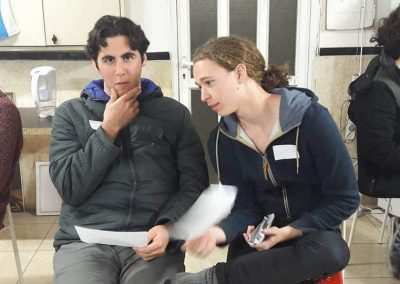 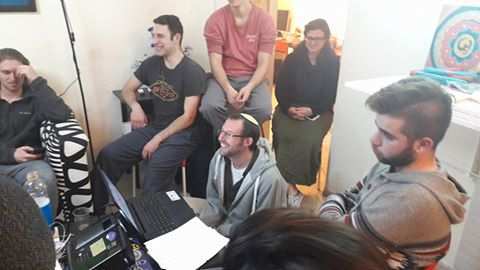