We’ve had an exciting week!

On Sunday evening we had an activity about Kibbutz life. The activity focused on kibbutz’s values and we asked the students where they could apply these values, such as mutual responsibility, in their daily lives in their apartments.

On Monday we had a sushi workshop where we taught the students how to make sushi. After which Will Oken said, “I just love seaweed, and for me to put seaweed with rice and fish is amazing! And it is so easy to make, and so easy to eat. I even heard it’s quite healthy too!”

Selah returned from its Shabbaton in Raanana. The students stayed with host families around the city and had a timetable packed with activities. The group danced at Kabbalat Shabbat in a synagogue called Kinor David before joining over 150 teenagers for a Youth Dinner at Shivtei Yisrael Shul. The group even got on their chairs and sang songs, it created amazing Ruach. We ended Friday night with a fantastic Oneg in the park with Rabbi Marc. In the morning the group went to the local Absorption Center where we invited 7 soldiers to have Kiddush with them and tell their army and Aliya stories. Later we met with three different speakers who talked about Gender and Judaism and egalitarianism. Shabbat finished with a moving Seuda Shlishit at Rabi Marc’s parents’ house where the group were able to ask them questions about Aliya, Jewish education and family. On Monday, the group went for a Jewish Music Workshop. We started with a visit to the Hebrew Music Museum where we had a world tour of Diaspora communities and got to play their instruments and hear their histories. We even got a chance to put on Virtual Reality goggles, have a tour of the Temple, and hear the Levites play music. We then sat outside and had coffee and everyone shared a Jewish song or a piece of music that connects them to Judaism. We finished off with a visit to Tav Hashmini, Jerusalem’s leading music store where we the staff introduced us to some contemporary Israeli hits.

The highlight of the week was our 3-day Ketura Seminar. On Tuesday morning, bright and early at 6:00 am, we departed to Kibbutz Ketura, located in the south of Israel in the Arava desert about 30 minutes from Eilat (Israel’s southernmost city). Click here to see the kibbutz’s exact location. It took us nearly 4 hours to get there and from an Israeli perspective, that is a lot!!

Our first day at Ketura began with a walking tour around the Kibbutz followed by a delicious lunch in the Kibbutz dining room. Then we gathered (both the Tel Aviv and Jerusalem Aardvark groups) for a glimpse of what life is really like for a member of a communal kibbutz. The students split into small groups, each group was appointed as a committee and were given a scenario to discuss and find a solution for. Committees such as Education, Finance, Culture, Food, and Ritual govern communal life on the kibbutz. The scenarios the students were given were based on actual situations that had arisen at Ketura and neighboring kibbutzim. The discussions were interesting and several of the groups came to the same conclusions as those reached by the real committees.

After sunset, the Kibbutz staff arranged a BBQ for all of us next to the pool. We had good meat (and good options for vegetarians), great music and amazing people to hang out with.

Late at night Rabbi Marc offered a Parsha and Snacks session outside under the night sky. The Torah portion of Lech Lecha tells the story of Avraham and Sarah’s journey to the Holy Land. We heard about how God took Avraham outside and made him look at the heavens and count the stars. God promised Avraham that his descendants would be as many as there are stars in the sky. Rabbi Marc led a discussion about Brit Milah (circumcision). This week’s Torah portion gives us the origin of this ancient practice. Finally, we noticed that Avraham appears to be scared on a few occasions in the portion. We found it interesting and surprising that the founder of Judaism would feel this way. We went on to talk about the raw power of fear, insecurity, and doubt. Avraham begins his journey this week and receives his mission to be a ‘father figure’ to the world and to lead us all towards ethics and monotheism. That’s quite a responsibility! Little wonder Avraham felt scared.

On Wednesday morning, some of the group woke up very early, at 6 o’clock, to hike up the mountains neighboring the kibbutz; they enjoyed a great view of the kibbutz and valley from above with the tour guide Bill.

For those who got up later, there was a choice of desert art options including decoupage, filmmaking, and oil painting. Later on that day, the students presented their artwork to the rest of the group. We discovered that we have some talented artists among us.

In the afternoon, after some time to relax and chill out together, we headed out to the Kasui Sand Dunes. The students went crazy when they saw the opportunity waiting for them in the sand! They were jumping, digging, wrestling, rolling, and running in the soft sand. Some of the group did backflips and surfing – it was fun to watch.

After everyone ran out of energy, we had time to pick a spot to be alone and reflect on our experience in the desert. Each student received a pencil and a paper to read with some text and questions relating to their experience. After twenty minutes of complete silence in the sandy wilderness, the Madrichim gathered their students to share together some of their writings and reflections.

Back at the kibbutz, we were treated to a fun Middle Eastern dinner. This was followed by a memorial ceremony for Aardvark’s founder and former director, Keith Berman z’’l. Keith passed away suddenly and tragically four years ago immediately after the Ketura seminar. Keith loved Israeli dancing and so we continued with an evening of Rikudei Am (Israeli folk dancing). In tribute to Keith’s memory and legacy, we danced and danced until it was so late that we had to shut down the music so people could sleep.

On Thursday, some of us once again got up super early for a fun bike ride around the kibbutz and through the date orchards. Finally, we finished seminar with a fun game focused on knowledge of Israel. The competition was intense but everyone had a great time whether they won or lost.

Yaeli Rabinowitz said, “I love kibbutz life because everyone is together as one, sharing and working together. We also got to splash around and have fun swimming in the pool as well as painting in the desert, I feel like the next Picasso.”

Kate Nasan said, “The oil painting activity was really nice. It was in the desert and was very peaceful. We enjoyed a little photoshoot with desert all around us. We painted scenic views.”

What awaits us next week?!? We’re going on a tour of The Temple Mount and Hezekiah’s caves in the Old City, and the “Masa mega event” is taking place with all the participants from Masa programs in Israel. 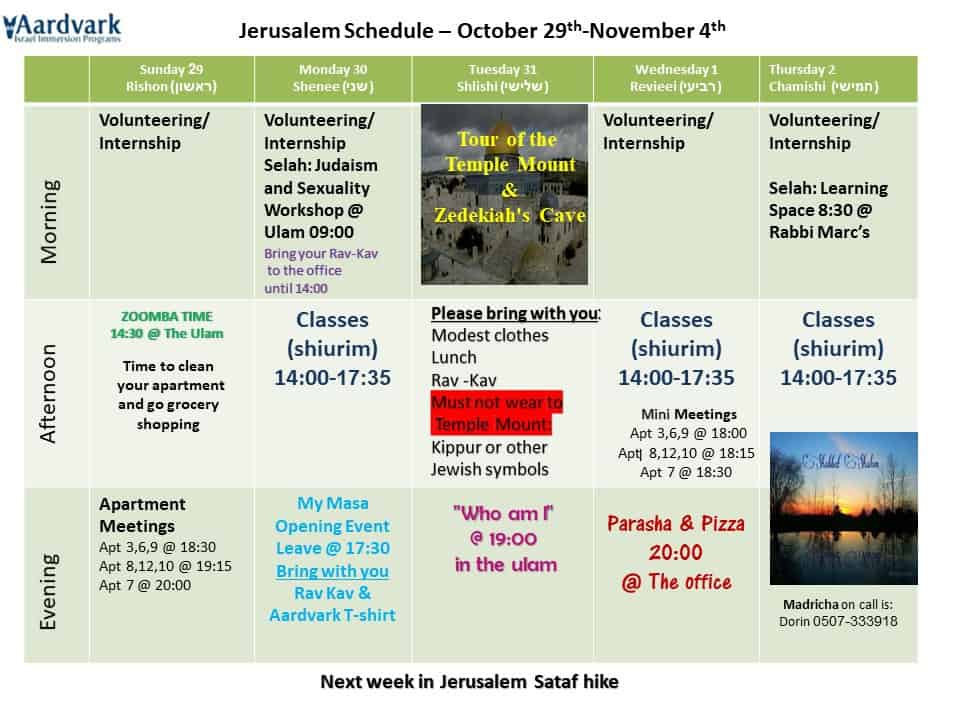 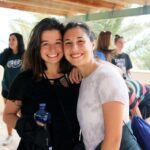 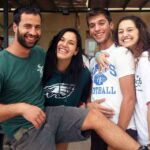 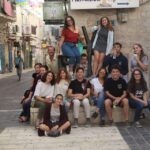 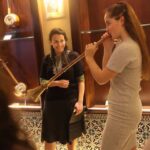 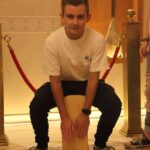 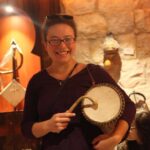 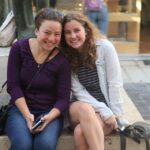 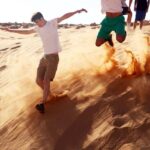 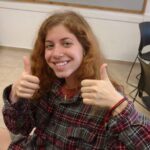 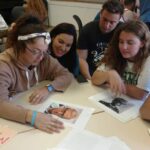 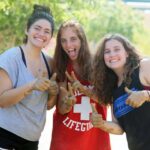 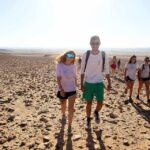 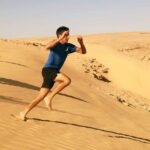 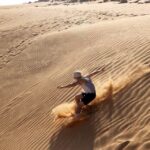 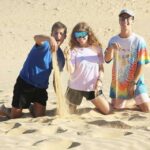 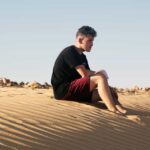 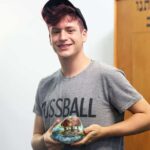 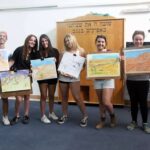 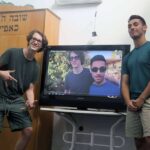 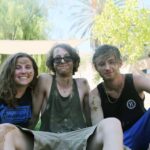 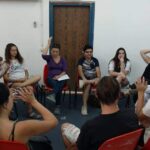